True Stories – A One Man Show – From Russia Without Love

His show, titled “From Russia Without Love,” will presented via Zoom. Tickets for live viewing will be $20 per household. 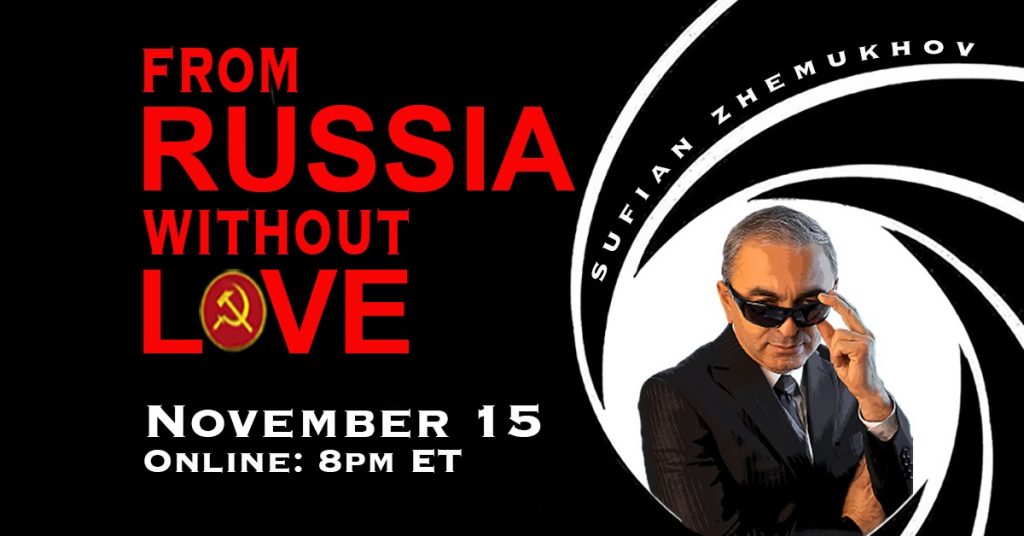 Sufian, who is an associate research professor of international affairs at George Washington University, will present a series of hilarious stories that portray his immigration experience into the United States from Russia. Those who attended the November 2018 True Stories show at TI may remember his funny story, “Flirting Like an American.”

He received the 2020 J. J. Reneaux Emerging Artist Award at the National Storytelling Network Festival and holds a Moth story slam championship on his resume.

You won’t want to miss Sufian’s one-man show, which has been organized once again by synagogue member John Melmed.