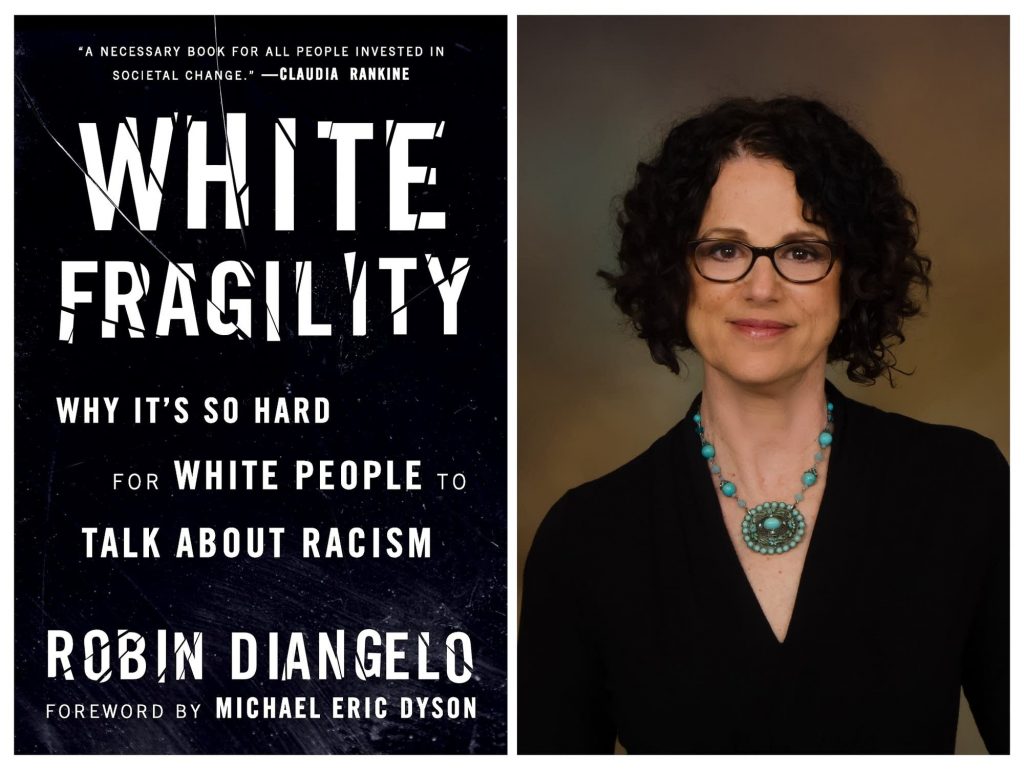 We will meet to discuss White Fragility: Why It’s So Hard for White People to Talk About Racism by Robin DiAngelo.

Robin DiAngelo is an academic, lecturer, and author and has been a consultant and trainer on issues of racial and social justice for more than twenty years. She formerly served as a tenured professor of multicultural education at Westfield State University.

In response to the increasingly polarised ideological climate in the United States, Robin DiAngelo deftly articulates the need for white people to understand and discuss racism. Her book, White Fragility, comes at a time when the topic of racism does make its way into dinner conversations, political debates, social media posts and newspaper headlines. However, most of these discussions are premised on the widely held belief that racism is only perpetuated by individual people in individual situations who show prejudice towards a person of colour. DiAngelo masterfully explains how this definition of racism is harmfully limiting and flat-out wrong. Her book clearly lays out how racism is the bedrock of American society and how all white Americans are holding it in place.

The term ‘white fragility’ was coined by DiAngelo in her 2011 article by the same name, published in The International Journal of Critical Pedagogy. White fragility refers to the intense emotions, the defensive stance and the argumentation white people experience, take and utilise when confronted with the topic of racism. DiAngelo gives many examples of white fragility, from her own experiences to those that she has observed in her job as a consultant on racial and social justice issues.